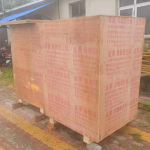 After the spice is collected, it needs to be subdivided according to the usual methods. The process determines the shape and role of the spice in the dish. It is also very important. Let’s take a look at the three common forms of spice... read more

In China, there is a famous seasnoning brand named: Wangshouyi. It is mixed 13 kinds of spices powder, such as: nutmeg, cinnamon, cloves, pepper, star anise, cumin, dried ginger etc, It almost appears in every family and every dinner. Why this mixed spices powder so... read more

Teabag is very common in our lives, it is also a way of drinking tea, and it is easy to carry, and there are many different types to choose from. So, what exactly is a teabag? The teabag is based on the original tea, after... read more

Jerky is a dried and cooked meat product made of fresh lean meat such as pigs, cattle, and sheep by pre-cooking, cutting (small) pieces, adding ingredients, re-cooking, and baking. Because its shape is mostly 1 cm square, it is called jerky. Jerky is produced worldwide due... read more